What's on your mind?

Just a random member of a similiar thing. I'm thinking of transfering the work now that the CC prefix has gotten removed. This actually looks like a more serious Fandom.

There's one day left! Don't forget to join @Arcaneous 's latest community writing challenge while you still have the chance!

Join the *new* Fallout Fanon and Roleplaying Discord server via this link!

I tried everything but i just cant fiqure out how to make images for my character the same way others do some advice would be very helpful.

I tried using 2 types i images i took one was a bmp file the other was a jpg but i could not change the file type this is very frustrating for a integral part of a wiki page.

I have the incredible oppertunity to be able to write out this character in a more 'Wiki' style and was wondering if this would be the right forum to do so? His character never played on here, however he is what got me into trying to roleplay the Fallout Universe and is definitely a story worth writing an article about. I have even contacted the creator. So my question still stands if this would be appropriate to write about on this community or would it be better served somewhere else? 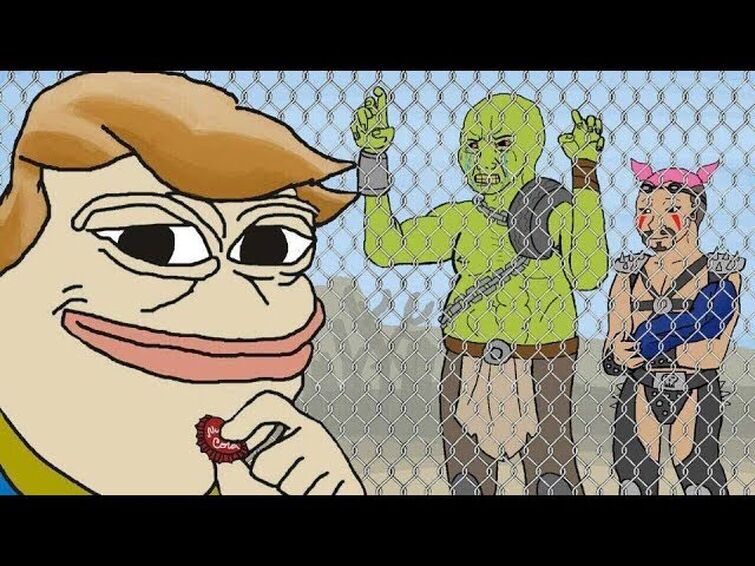 If you enjoy roleplaying fallout, which if you're on this wiki, there's a group on Facebook you should come check out. It'll keep track of the various active Roleplay groups I find across the web, including Facebook post-by-posts, wiki's, discords, or other formats. It's also for the general sharing of meme's, chatting, discussing lore, etc. If interested come check us out!

Heya guys. So first off I wanted to say I am deeply sorry that I have not been active here very much at all. When I made this wiki I made it with a great deal of pride, I wanted this place to be the pinnacle of roleplay communities, and a place where Nukapedia users could gather and have a fun time. My absence, combined with the relatively small userbase has led to this place seeming mostly empty and abandoned, and has seemed so for a long time. This is due to me not having a computer for quite a while, as well as moving onto real life pursuits.

What are some changes I could make to draw you guys back more, and draw more users in? Some suggestions I would like to see dicussed if anyone sees this:

Should a Discord server be made to replace the chatroom for roleplaying? This could help with mobile users as well as for getting more people in.

How do we feel about current staff? Should new staff be elected? There are currently no active users so it is hard to find someone to trust for crat and admin, but I am willing to give rights to those who feel they need it.

Please give your feedback here if possible.

(edited by Chris the Saiyan)

If theres an open RP slot that you have available, or that you know is available, please, message me.

(edited by Post-Nuclear Cowboy)
i was just wondering about this because i'm thinking of creating a family of 4 who comes from the Empire Wasteland Before The War and thinking of making 2 of them vault dwellers. is it okay if i do this?
(edited by Austin5098)
Empire Wasteland

As of lately, this place has been lacking a lot of things, a leader, a hierarchy, and most importantly, we have no rules to govern ourselves by. My proposition is that I shall apply for bureacrat rights via FANDOM, and bring in some acting staff so that way we can rebuild the website and get it active again. Of course, there will be changes, includng a few guidelines for pages that way we can keep a prim and proper appearance for the outside world. I already have a list of rules that we will enact, and have a small staff team ready to come in whenever ready. I wanted to post this thread so I could see what all the active members of the wiki thought of my attempt at adoption. If you have any questions, comments, or concerns please post them in the comments and I will get back to you.

Hi, I'm new to the wiki page, however been enjoying Fallout lore and stories for awhile and been looking to find a group of people for some fallout RP.

I currently have an idea for a splinter faction of The Brotherhood of Steel, if anyone is interested. If it is created, they'll most likely have their main base on The Rock Island Arsenal, now called "The Rock". The splinter group would be comprised of those who were exiled by The Brotherhood, after discovering several pieces of communist literature. The armor is painted red with splatters of yellow, and their morals can be compared to those of Elder Lyons. The Quad Cities remains mostly undamaged by nuclear bombs, but is still effected by radiationg drifting in from Chicago and surrounding areas.

(edited by Slade The Demon)

The New California sun rose over the mountains. A caravan of tired troops and their supplies came in from the outpost in the Mojave. Many had spent too long fighting a brutal war with the antithesis of their society. Others had been biding their time before their tour was over so they could get away from the war. All were glad to see their homes ahead of them.   During their journey home, curiously, they were accompanied by a kindly Brotherhood of Steel Knight in full power armor, who kept very close to a particular Veteran Ranger. In all honesty, they were mutually keeping close to one another.  Upon entering the settlement of Shady Sands, Ranger Shane Maverick and his shining companion, Knight Diana Rike, skipped the pleasantries and rehearsed speech from the attending Colonel, showed identification, and went along into the city. To say the city was impressive was nothing short of an understatement. Within a century, it had grown to a considerable size, though now it's economy was impacted by war. Shane's memory of the streets came back. He knew the way, partly. The place he needed to find was a particular casino... Lucky Shot. By an ultimate stroke of excellent marketing, a Gun Runners kiosk was directly across from the casino.

Roland Kerst's foot sank up to his ankle in the muck. All he had wanted was a shortcut, but hey, this was Post-Apocalyptic Florida. Shortcuts here were much longer than expected.

The traveling Ghoul was on a journey down the East Coast again, traveling down to the likely still irradiated Gulf of Mexico. On the way, however, he remembered a rather important landmark he'd want to visit.

"Go to Cape Canaveral," he muttered, ridiculing himself as he pulled himself out of the mud, "It'll be a great time, I said." He was traveling through one of the outskirt cities of the Space Center, one whose name he just couldn't remember. He wasn't even in the actual swamplands, no, he was walking down a street and accidentally stepped in a hole. Back when the Great War cleansed the Earth, the entirety of Florida's climate got extreme to the point that everywhere was a swamp. He was amazed people still lived down here.

"Just another day's walk," he muttered again, "That's all I need." Looking around, he found a mostly intact building, a post office, where it seemed clear to spend the night.

"Might as well," he said, shrugging off the burden on his shoulders as he went to the ruin.

( Right now this is open, and I'm going to use my character Exobyte ) "I need to go to Diam-No, they have a ban on synths, how about Sanctu-No, minutemen" Exobyte was trying to think of where he could go to trade, as he sat at a red rocket station near diamond city

(edited by Slade The Demon)
Guidelines